On a summer's day some time after Ireland were knocked out of Italia '90, Denis and me (aged 10) watched Rockula for the first time. It was the start of an obsession that included over 100 watches and countless sing-a-longs. Then in 2001, sitting on a porch in Cape Cod, after more than a few beers, we decided that if we ever set up a production company, we'd call it Stanley's Deathpark. It took us over 10 years to make that a reality but when the time came it still felt like a good idea.

So it was quite an honour to chat with the director of our favourite cult film, Luca Bercovici.

Luca's a third-generation filmmaker born in New York. He's had a great career working across film and TV as a writer, director, producer and actor.

It was great, a slightly surreal, chatting to him about all things Rockula!

When did you start making films?

I wrote my first script at 16, in the bathroom of my high school. In my early 20’s, I began a career as an actor but also kept writing. I teamed up with Jefery Levy and we started developing projects that we thought were cool. The first project that actually became something was “Ghoulies” which we did for Charlie Band. I had worked with Charlie on a movie called “Parasite”. The second project that bore fruit was “Rockula”, which was originally a much more dramatic, Vampire LeStat piece(even before Anne Rice), until the script succumbed to the title and became the weird, goofy “Rockula” that we know and love.

What do you remember from the Rockula shoot? Was it a smooth production?

All in all, it was a fairly smooth production. Cannon pretty much left us alone. I don’t think they really understood what we were doing, but they let us do it anyway. I remember that we were very proud of the “mirror” sets that we built in order to allow Ralph to talk to the Reflection. We knew that if we were successful, the gag of the mirror sets would become invisible, and that no one would really think about it. We were right. With few exceptions, the gag is just unquestioningly accepted, as though there were an actual mirror, which there was not.

It was a fairly happy, raucous shoot. We loved the jokes and gags we were doing, and had a lot of fun doing them. Everyone bought into the surreal goofiness of it and completely committed, crew and actors alike.

We held our wrap party in Club Hell and the icing on the cake was having Thomas Dolby play. It was awesome.

Were Dean and Tawny first choices to play Ralph and Mona?

I remember Menachem Golan (may he rest in peace) saying, “Get me Prince! Get me Madonna!!” Of course, that never even remotely happened. We went through a regular casting process; I can’t remember who we saw for Ralph – but the second Dean Cameron walked in the room, I knew that he was the one. Perfect casting. As for Mona, we met with Jane Weidlin (the Go Go’s) and Paula Abdul and a bunch of other actresses, but again, Tawny just had the right vibe and the right chemistry with Dean.

The film features some music royalty. What was it like working with Toni Basil, Thomas Dolby and Bo Diddley?

They were all brilliant. All completely committed to bringing their “A” game. All of them – Bo Diddley included – completely bought into everything and had a lot of fun. I loved working with them all. Toni just inhabited the role of Phoebe, she was absolutely perfect. Just pure fun. Thomas loved his role as Stanley, and was always adding little brilliant “flourishes” to the role, like when he faces off with Ralph in the end and with the hambone, makes the sword-swishing sounds. Brilliant. I didn’t know he was going to do that, and I nearly busted a gut laughing. Bo Diddley (may he rest in peace)was a soft-spoken, lovely man and just was having the time of his life. He cooked barbecue for us during lunch one day. Awesome.

Rockula is a cult classic but do you think it deserved more mainstream success?

We finished “Rockula” just as Cannon was coming apart. Unfortunately, Menachem (who supported the film) left and Yoram (who hated the film) took over and they promptly buried “Rockula” as fast as possible. In retrospect, “Rockula” was too “avant-garde” for it’s time. It was made for a future audience that was still in swaddling clothes; in a sense, circumstances put “Rockula” into a time capsule, waiting for its’ audience to get old enough to appreciate it through a somewhat nostalgic lens. Truth be told, “Rockula” was never going to be a “mainstream success”. It skews much too weirdly for that.

What do you think about the current state of independent cinema?

The irony is that while the physical means of production have become more accessible than ever, the financial means have remained just as difficult. At the same time, the amount of available media has exploded with all of the various streaming platforms; there is a glut of things to watch, a lot more noise to break through to get noticed. Same as it ever was.

Who are your favourite filmmakers past and present?

What do you think of us using Stanley’s Deathpark as our moniker?

I initially spoke to Luca prior to the Covid-19 breakout but caught up with him during Lockdown to see how it was affecting him and his projects.

The COVID-19 pandemic has been a disruptive force across the entire industry. In Hungary, overnight, all of the productions, big and small, packed up and went home. In Qatar, much the same. We were fortunate enough to squeeze what production we had left just under the wire; and our post-production facility has been fortunate enough to keep chugging along.

Now, a little more than two months in, production is slowly ramping back up in Hungary, with Doha pretty much on its’ heels. The EU and Hungary (and many other places) have issued post-pandemic production safety guidelines - and I can tell you that the New Normal is appropriately regulated in the production space.

We, and many others like us, are approaching this “new normal” in a decidedly “indie” fashion; by its’ very nature, filmmaking is difficult and this is just another set of circumstances to find creative solutions for. Those that can adapt, survive; those that cannot - well, the highway of filmmaking history is littered with the corpses of those companies and individuals who could not adapt to the “new normal” of the time.

The world’s societies are re-making themselves, spurred on by the disruptive forces of the virus. What we make, how we make it and how we distribute our content will similarly undergo this “re-making”, this re-invention. One thing is certain: the demand for content isn’t going anywhere, in fact, while the pandemic put a couple of torpedoes into the hulls of the production vessels industry-wide and left them listing in the water, that same pandemic didn’t make a dent in demand. Those holes will be patched, and those vessels will be re-vamped and re-invented, and will sail forth once again into the uncharted waters of the New Normal.

We’ll figure out what to do about things like insurance and completion bonds, we’ll invent and implement new working protocols to minimize risk and keep people safe. Working hours will be shorter, crews will be smaller, locations more limited; it will take some time before we see multi-country tentpole movies involving a lot of travel - but they, too, will see a re-birth.

I would say that if one can frame this world-changing event in the proper context, and with the proper attitude, this is a great time to re-think, re-tool, innovate, and adapt.

Although at this time it may seem counterintuitive, this is a great time to be in the film business. 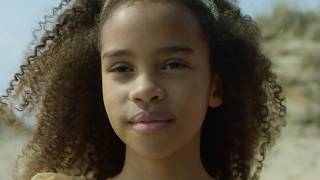 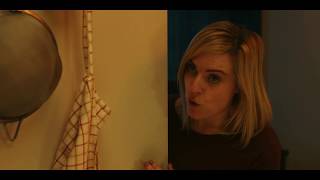 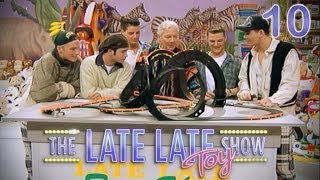